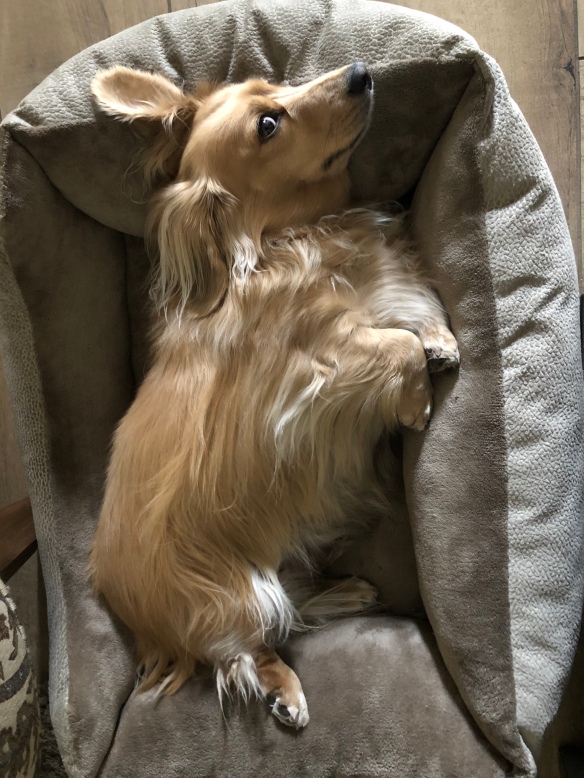 Dad packed the car, so I knew something was up. Then he said the words that mattered most … “do you wanna go for a ride?” 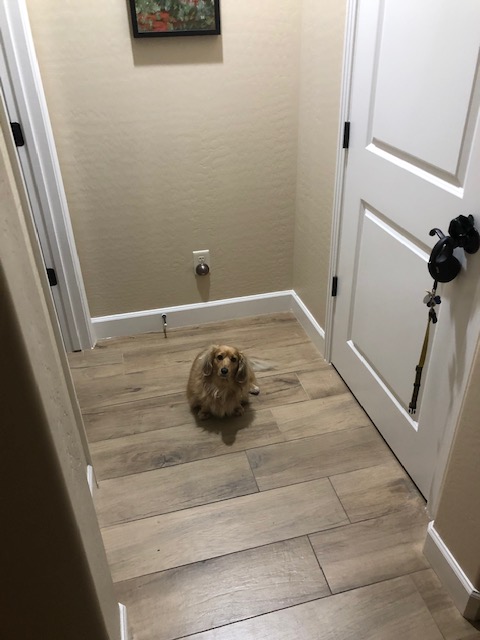 Just like that Dad gave us the green light to advance toward Coolidge, AZ.

What was in Coolidge, Arizona?

It was an event of unprecedented emotions, instincts, and pursuit. It was called, “Barn Hunt”!!!

Here’s the 411. You are plopped into the middle of a straw-filled maze, and you are given two minutes to crawl through a tunnel, climb a ramp, and decipher the difference between an empty container, a rat-smelling container, and a container “containing” an actual rat.

I can find a rat.

My cousin Frank was up first, and he blistered the course in record time.

Meanwhile, I waited in the staging area (aka the backseat of the car). 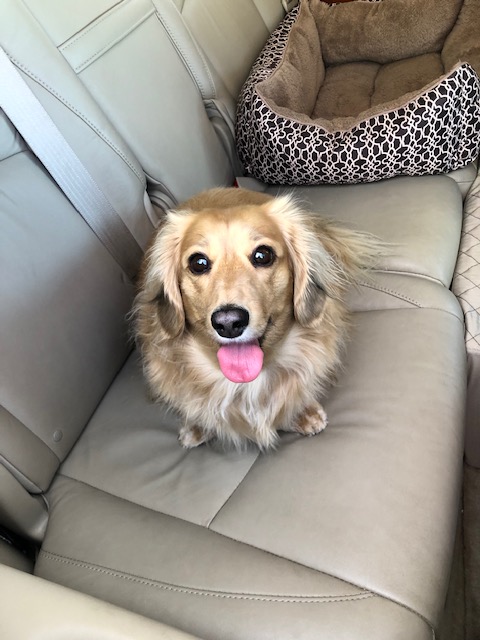 From there, I moved to the “blind” … an area where Dad and I were hidden from the competition area so that we would not have any advantages … we couldn’t see anything!

Dad had to give up his phone and Fitbit because some person in California received texts on her Fitbit telling her where all the rats were … now, I’m no expert on morals, but come on, if you’re gonna cheat at this what does that say about what else you’d cheat at??

Then it was time to compete, and I was kinda hoping somebody would give me a hint where the rat was!!!! 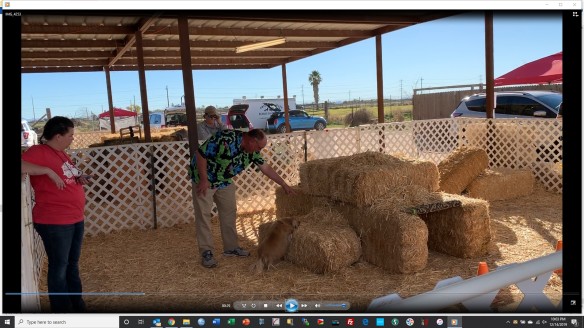 Dad could point and he could encourage me. He couldn’t touch the hay. Maybe he’d get hay fever, maybe he’d break a rule, regardless, he implored me to look in that specific spot. And I strongly obliged.

Not everybody found the entertainment as enthralling as I.

By the way, what is going on with Dad’s slacks?

Clearly, I found the rat …. but Dad failed to call out the fact that I found the rat, so I was not credited with finding the rat. After two minutes elapsed, Dad was allowed to pick me up and put me next to the rat. I promptly swept away the hay with my paws and clawed at the cylinder where the rat resided. Obviously, I possess an innate talent that will carry me far in future Barn Hunt competitions!!

Mom thought you should get to see the entire video … including where I earned a point for climbing the ramp, and where I did not earn a point because I failed to run all the way through the tunnel. Please visit the website to view the video (https://dashthedachshund.com)

Be honest … that’s a display of raw athleticism, #amirite?

I failed Barn Hunt, but Dad says my natural instincts warrant additional competitions. I’m all in, much in the way Dad is currently all in on pickleball. We all have our passions, don’t we?

Speaking of passions, after the event Mom stopped at the Casa Grande National Monument. It’s a place where Native Americans built a four story condo a thousand years ago. You can see it in the background … now protected from heavy monsoon rains.

For me, enough was enough. When you have a day that stimulating, a day where you identify a rouge murine hiding in a plastic cylinder, you need rest. The ride home offered me such an opportunity.

I anxiously await my next opportunity to score one out of three or two out of three on a novice barn hunt event. In time, I won’t be a novice. This is something that I can excel in, something I can really sink my teeth into. The competition, that is … not the rat.