And there’s a hint of humidity in the air.

Our new RV doesn’t seem to like the heat. Painted black, it absorbs heat, lots of it. In fact, the air conditioner was rendered feckless the last two days … as in it isn’t doing anything other than blowing air. Now that might mean there is a problem with the air conditioner (and when isn’t there a problem with an RV), or it might mean that the RV is so poorly insulated that it’s hopeless to cool it. We asked others at our campground today, and they’re feeling comfy with air conditioning, so something is amiss.

We were driving today and we observed this. 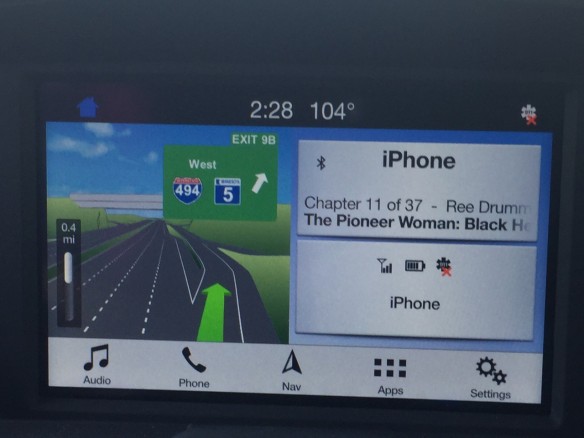 Same story yesterday, so we had to adjust plans just a bit. Our friends said that we could stay at their lake home and spend some time outside. I decided to mobilize my shapely figure and check the place out.

Seconds after arriving, Mom and Dad ditched me with two dogs (Gus and Remmie) and they left to go sup at a famous establishment in Mason City, IA. 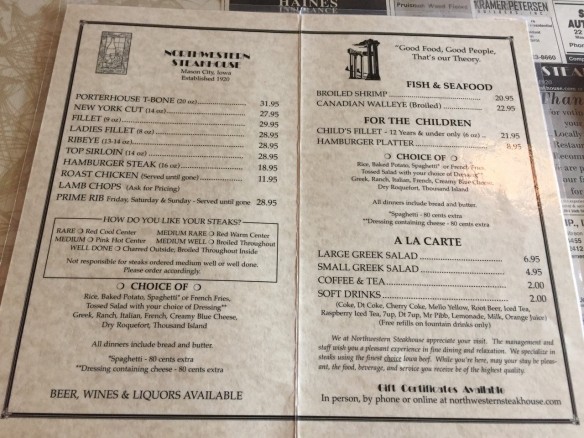 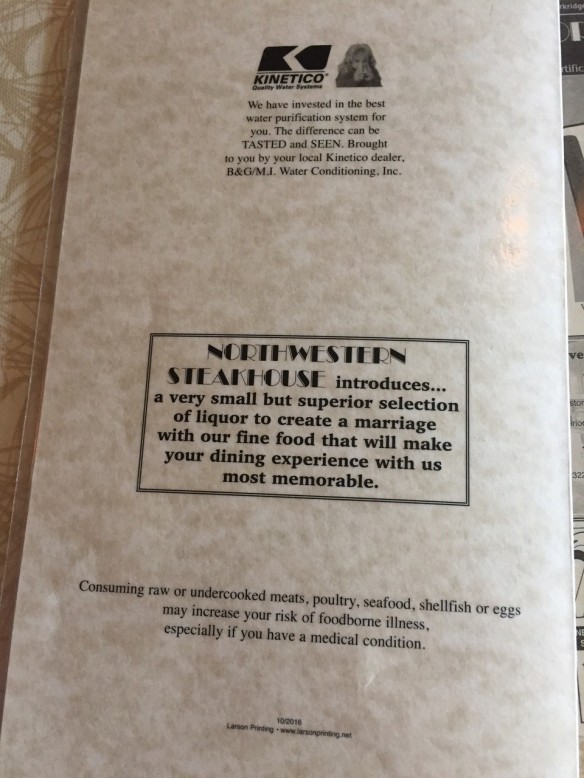 This place is nearly 100 years old. They specialize in steaks that are broiled in olive oil and greek seasoning and can be cut with a fork.

For Dad, it was a standard ribeye … again, notice the oil and seasonings … that’s the secret to the whole shootin’ match.

I tried to get down to the water, but the steps were too steep.

I think I missed out on some of the fun.

And, they caught a fish or two! 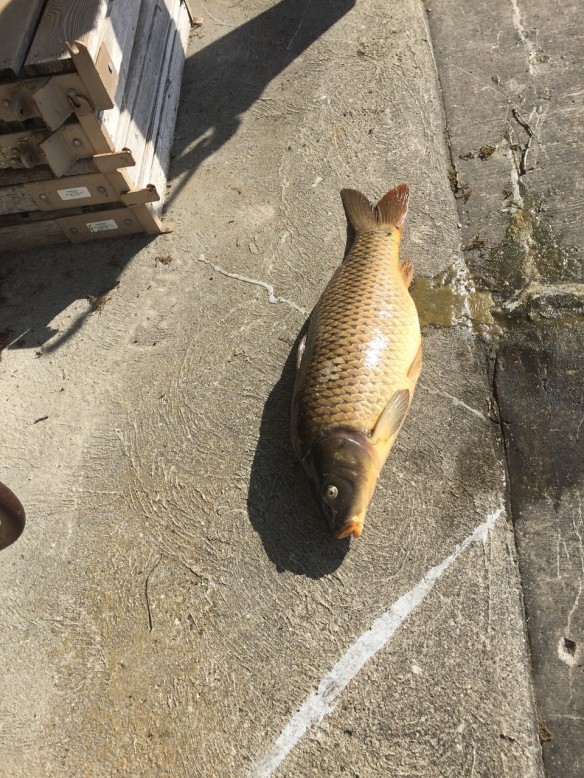 After a hot night in an 80 degree rig (remember, air conditioning issues), it was north to Minneapolis. We traversed I-35, soaking in the Northern Iowa landscape.

We crossed the border … Minnesota!

While Minnesota may welcome you, they tether their war planes to the ground … safety first. 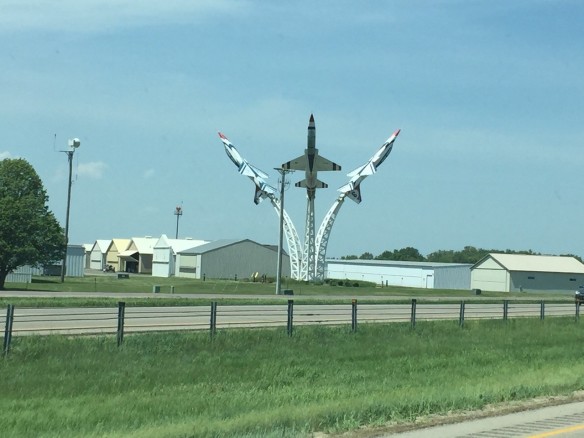 We decided to spend a night at a KOA outside of Minneapolis. We decided to perform a test, trying to get the RV air conditioner to cool. At 4:15pm, it was 100 degrees outside and 92 degrees inside … the test wasn’t really working, and Dad was “corked off”. He threatened to take us to a hotel for the evening.

That’s when the storm blew in.

That’s a rain-soaked picture of a big branch that crashed in the site next to us.

Now, I promise you, this is worth your time … visit my website (https://dashthedachshund.com/) and watch this ten second video as the storm blew through (and saturated Dad’s bed because he was pig-headed and refused to close the window because he was enjoying the storm so much).

P.S.: Kudos to long-time reader Ken for sending us this image of a likely cousin of mine from Scotland.