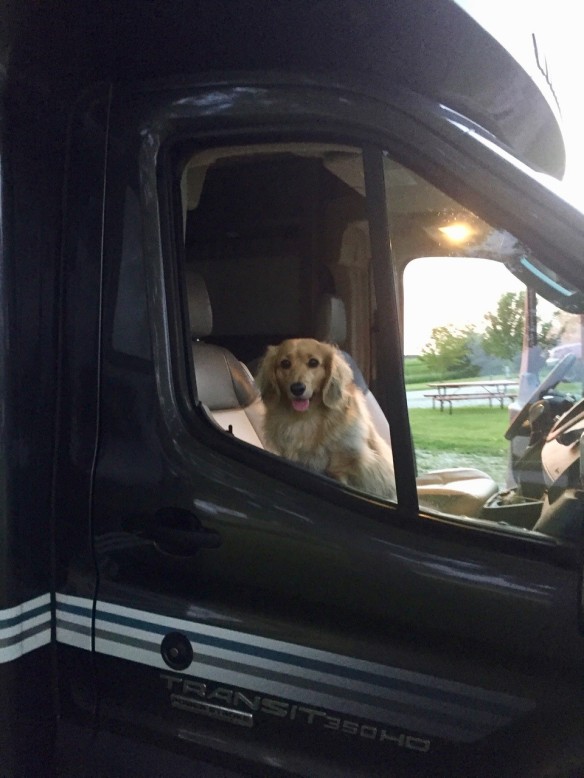 We finished the night less than twenty miles from the Iowa / Missouri border. Only in America can you begin a day in the south (Oklahoma) and essentially end up just south of Des Moines …. and not be stir crazy from driving all day.

We enjoyed a beautiful sunset at our campsite.

In the hour prior to our arrival, Mom projected sounds not unlike an enthusiastic school boy/girl when we passed this sign: 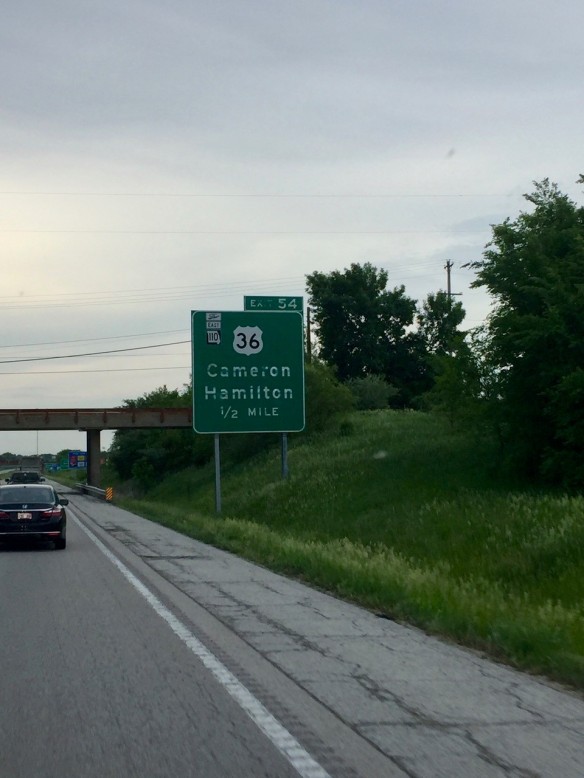 Mom says that “Hamilton” (not the Broadway Musical) is important in her world, and that some readers will understand the meaning of Hamilton, Missouri. She told me, and this is breaking news pups, that we can expect an extended visit to Hamilton next month. I have no idea what she’s talking about, but she sure sounded fired up about it, so we’ve got that to look forward to.

Missouri is a pretty state … rolling hills and leafy greens and bug-splattered windshields.

At one point, terror crawled up and down my spine as we passed a semi-trailer-full-of rusted metals.

Our plan today was a simple plan – get close to Iowa and visit the George Washington Carver National Monument.

Mr. Carver was a renowned Botanist, crafty Inventor, and all-around Christian Gentleman … all difficult as he was born a slave in 1864 and was raised by his slave owners after he and his Mom were essentially kidnapped and Mom died and there was no Dad to speak of.

I couldn’t help but compare/contrast Mr. Carver to my own Dad. There are similarities, and there sure are differences.

Dad prays that the RV won’t break down. Mr. Carver had a holistic approach to prayer.

Dad feels persecuted when the freshwater hose on the RV doesn’t connect properly. Mr. Carver was actually persecuted (and his white father was once hung from his thumbs). 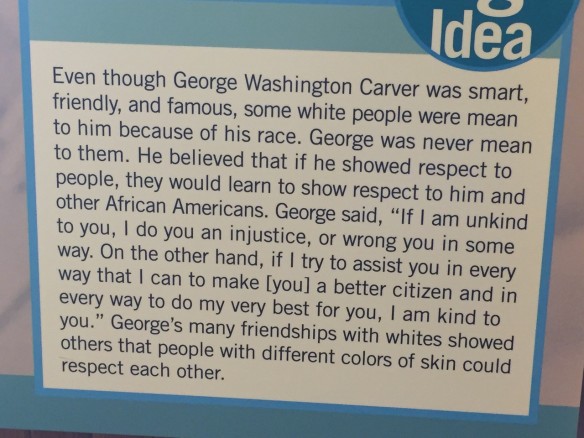 Dad likes getting paid for business achievement. Mr. Carver was a role model for achievement. 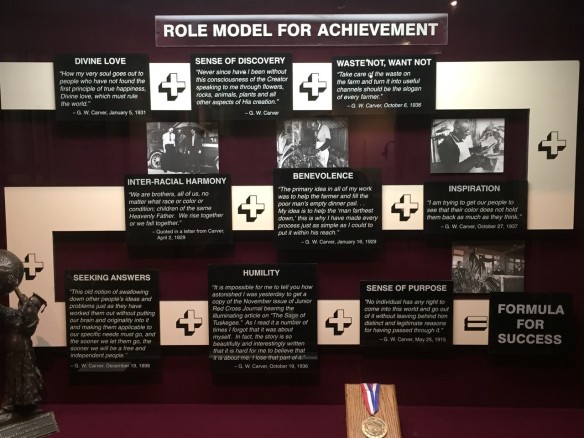 I think you get the picture now.

Mom and Dad took me for a nature walk and only had to carry me part of the way. At one point, I enjoyed a moment of quiet contemplation until a six-year-old informed me that there was a bullfrog in the lake.

It was a stunning two-hour display of how one might live through adversity with grace, inventiveness, and inquisitiveness.

Mr. Carver earned a degree from Iowa State University … home of the Cyclones … the first African-American Man to do so. That’s where Mom earned a degree as well. Tomorrow we’ll arrive in Ames, home of Iowa State University. Dad enjoyed his first job out of college … just south of Ames. It should be a fun and special day, as Mom and Dad get to revisit the place where their marriage started, decades and decades ago. And I will bear witness to it all.