Some days are fun … some days you sit in the RV.

Today, I generally sat in the RV.

But I understood what Mom & Dad were trying to accomplish.

We wheeled into OKC, full of anticipation. 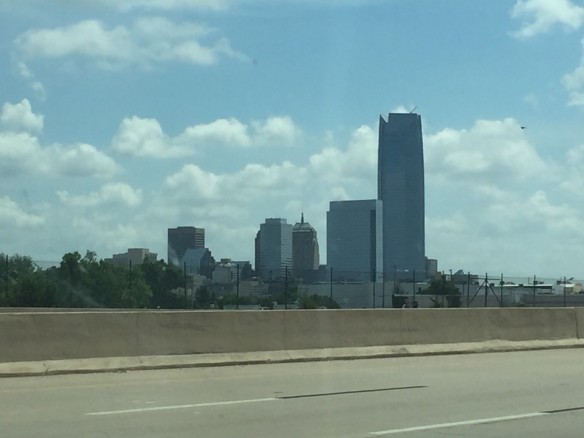 But the mood changed – quickly, as Mom & Dad exited the RV, turned the generator on, and then visited a solemn site.

This is the place that was bombed in April of 1995 (I was born two decades later). For the next two hours, Mom and Dad learned about the lives of those who lost their lives that day. 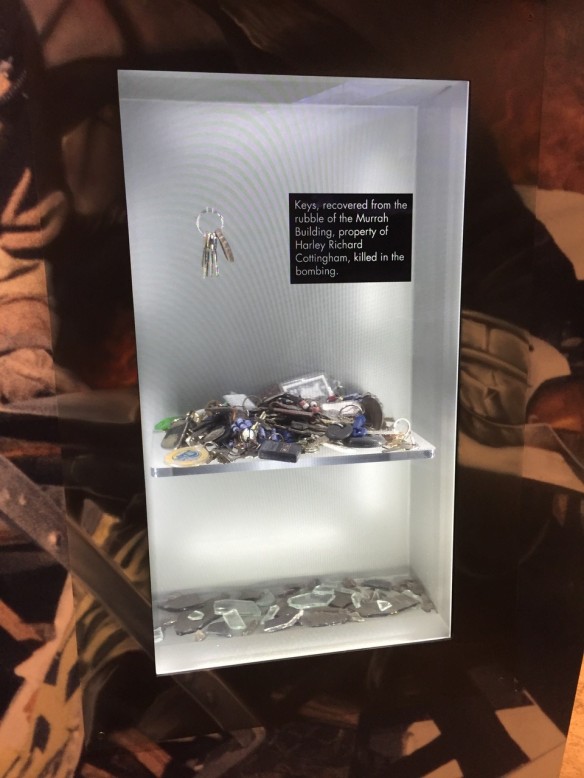 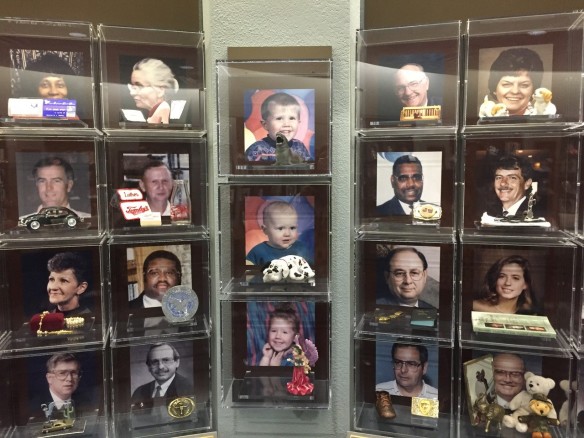 Yes, even little tots were in the building, at daycare. Barbaric, #amirite?

Pups played a critical role in the rescue operation.

Look at this pup … it could have been me had I been born sooner and been a different breed and been highly obedient and responsive to commands and not so interested in eating food or rawhide crunchables. 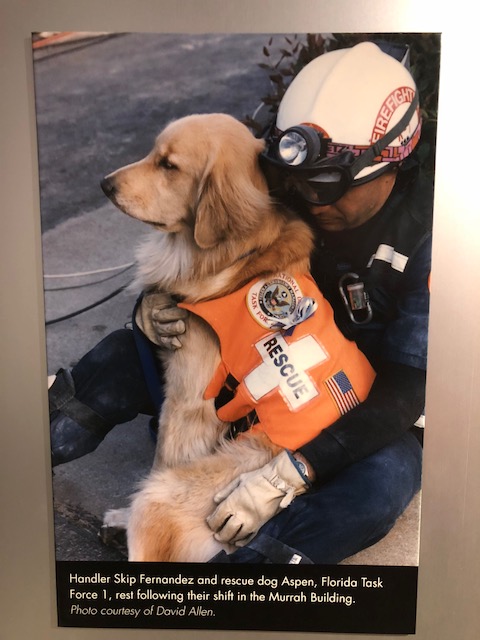 We were NEEDED, weren’t we?

Each of the chairs below represent a life lost, and the rows represent the floor where the person was at the time of the bombing. There’s a lot of chairs there. FYI, the chairs are on the former site of the building that was bombed. 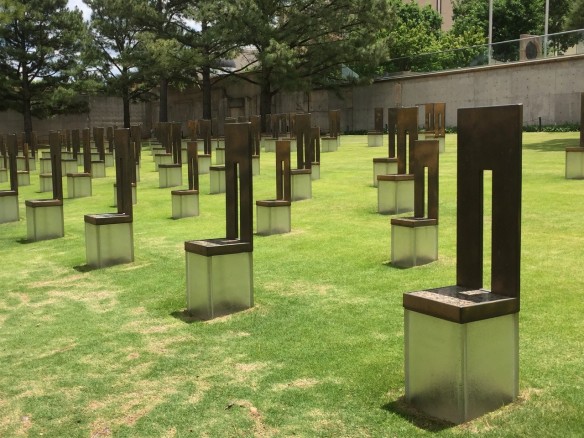 I’m glad I wasn’t there, but I would have gladly served if I were alive at the time and were asked. I’d have sat next to people who needed support. I’m good at that.

Next, we bolted to Northeast Oklahoma. Oklahoma is a pretty state. 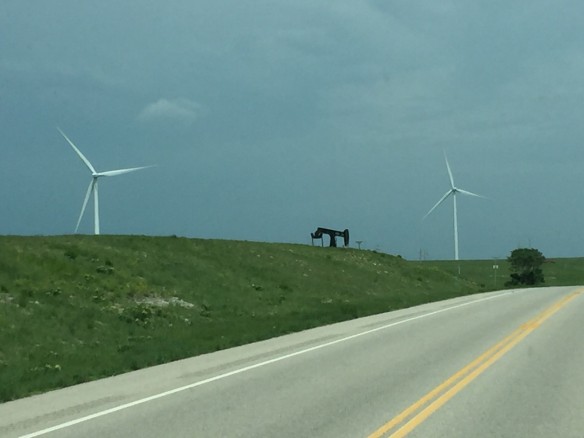 I’ve learned that Oklahoma and Texas are the land of large crosses.

Then we wheel up to a small town in Northeast Oklahoma, and for some reason Dad was kind of excited. The town is known as “Pawhuska”. Dad got particularly excited when we passed this … 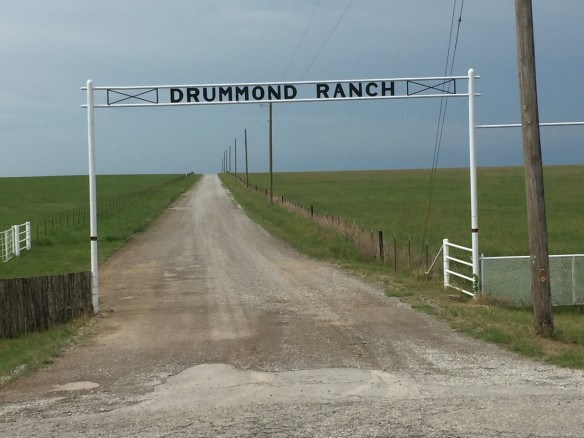 Dad said he was going to eat at the Mercantile owned by The Pioneer Woman.

Dad asked me to walk the grounds near the Mercantile … and I thought to myself, “whaaaaaaaaa”. 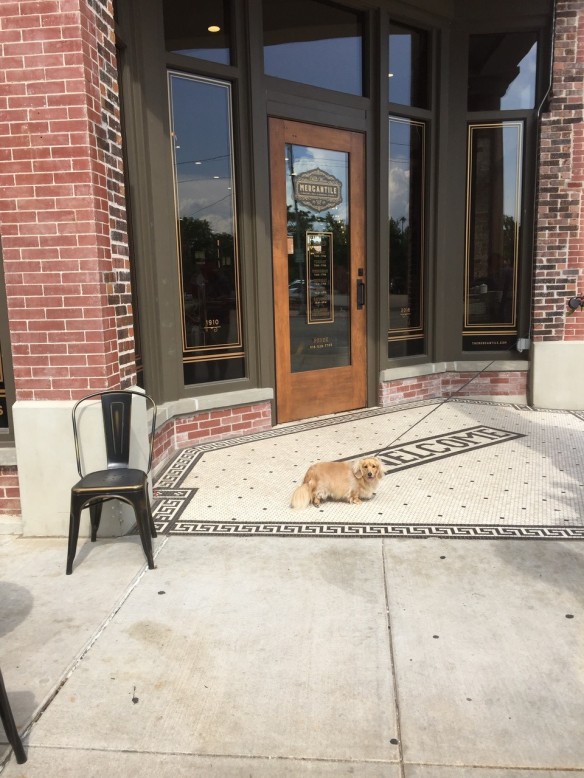 Then Mom showed me her appetizer.

Dad brought me back some of his grilled cheese … mmmmmmm!

Maybe there is something to this “Pioneer Woman”.

Later in the evening, I got to lick the cream off of a cream-filled chocolate cupcake purchased at the Mercantile. Ohhhh boy!

We experienced opposite ends of the spectrum today. On the one hand, Mom and Dad saw the worst that people can do to each other (and to pups as well). But here’s the thing … look at this tree.

This tree survived the bombing … sure, it lost about 10,000 leaves, but it rallied, it persisted. That’s the lesson I take away when bad things happen (like when the door slammed and ejected me out into the yard, crushing my hip in the process … I rallied … I persisted).

On the other hand, on the other end of the spectrum, we entered a rural town this afternoon, one that was being built up and supported by a local family.

The local family uses love … and butter … lots and lots of butter … to help the community. 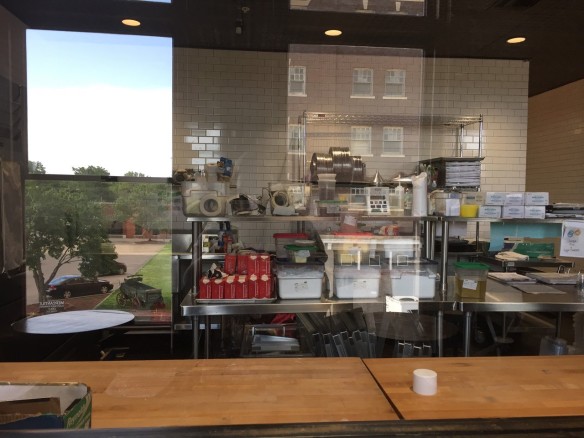 As a result, the downtown core of Pawhuska was thriving, with many tourists looking to spend their time and money on Caesar Salad with Chipotle-infused dressing.

I’d rather use my time to support those I care about … like I’m doing right now as we speak.

We’re getting dangerously close to our June destination … in a couple of days we’ll be firmly entrenched in the Midwest and ready to meet friends and family.

7 thoughts on “Opposite Ends of the Spectrum”