So busy, pups. So, so busy. No time for updates. Plenty of time for friends, and the new love interest in my life.

… I thought I might update you with a quiz that reflects some of the big events of the past few days.

Question #1: Is the threat pictured below: 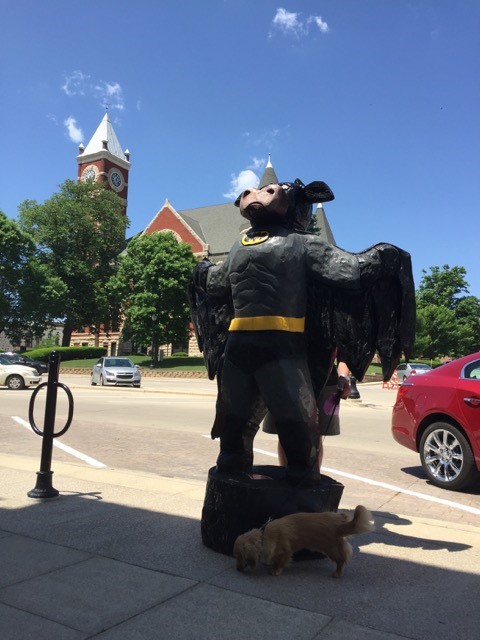 The answer is (B), Perceived. No need to fret about Super Heroes, is there?

Ok, next question. Did Grandma give me an entire bottle of soda to consume?

The answer is (B), no, she did not give me an entire bottle of soda to consume. I would have consumed it, to be honest, had it been offered. I played a lot of hide-and-seek with Grandma, and that was big-time fun! And there was this game called “spoons”, which I would have played if my legs were long enough.

Next question. The damage you see depicted here was caused by? 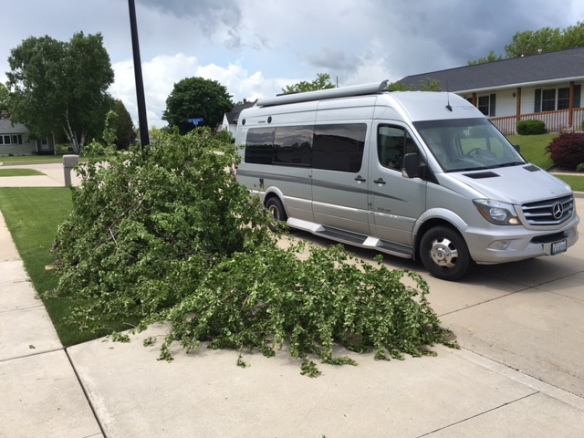 The answer is (B) … a brief and somewhat snappy little storm took down a tree at my Aunt & Uncle’s home. Because I was listening to Razor 94.7 with my cousin, I didn’t hear the storm warning.

Next question:  Which of the following meals did Dad enjoy the most.

(B) Broasted Chicken from The Time Out with Grandma and Grandpa and Aunt and Cousin! 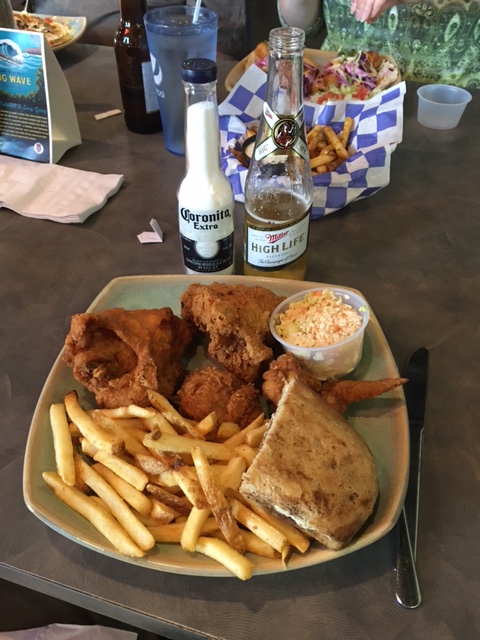 (D) Home made Northwestern Steak House style Porterhouse with Greek-seasoned noodles with the love of my life. 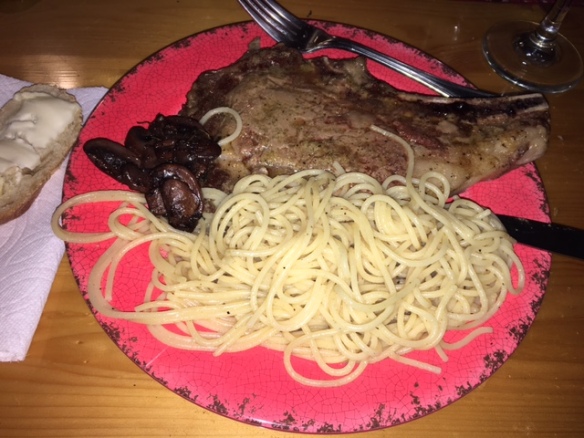 The answer is an easy one … ALL OF THE ABOVE!!

(A) This is the scene of the crime in the Netflix documentary “Making a Murderer”.

(B) The sign stayed upright during the great Severe Thunderstorm of Sunday night.

Next question: The threat I am looking for in this picture is.

The answer is easy. It’s (D), Chupacabra. It is very important to protect Grandma and Grandpa at all costs.

Final question. Which image best depicts the time I spent in Monroe?

The answer is (B) … I was asking the patrons at Baumgartners if they had any Grey Poupon.

I tell you, I’ve had such a good time over the past few days.

We played games and had a campfire.

We even drove past Lambeau Field.

But with all beginnings come a sad end … I will end my time with my beloved Bailey.