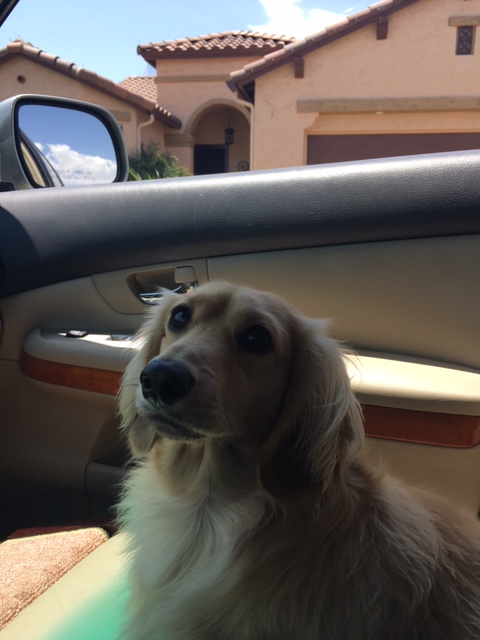 It’s not that I’m chicken to sit in the car for twenty-three straight hours. I’ll do it. I’ll do whatever I’m told to do, ’cause simply put I don’t have control over my life.

So I hunkered down for almost four hours … then we stopped here.

And next thing you know we’re looking for the predecessor of the Chicken. 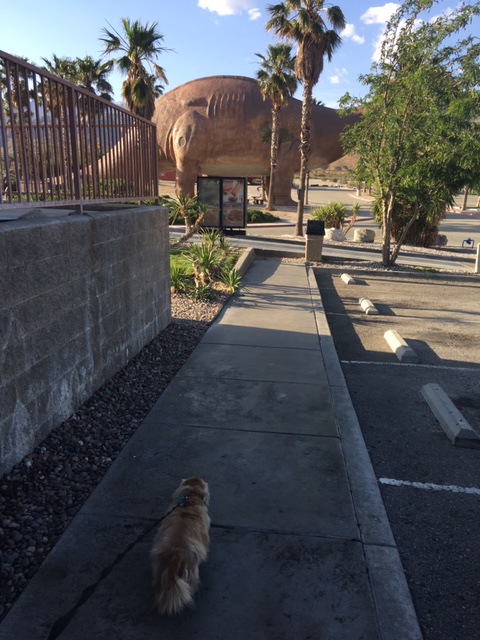 That thing has ribs stickin’ out … it might want to consider eating a half dozen forests, give or take.

I looked back at Dad and said, “that thing is related to a Chicken?”

I was afraid (some would say ‘chicken’) of having that beast step on me … my rib cage might be injured if that happened.

After sharing a modest amount of the sammie, I threw a fit … tossing toys all over the back seat of the car. But Dad said we had another 199 miles to drive. I hunkered down. And hours later, in the dark, we arrived in Bakersfield. I surveyed my room for threats.

With the only threat being a $15 pet fee, I decided to relax with Dad and enjoy playoff basketball.

Dad has a 6:30am business call … I’m not afraid to get up early and support the family … I’m certainly not chicken either, am I?