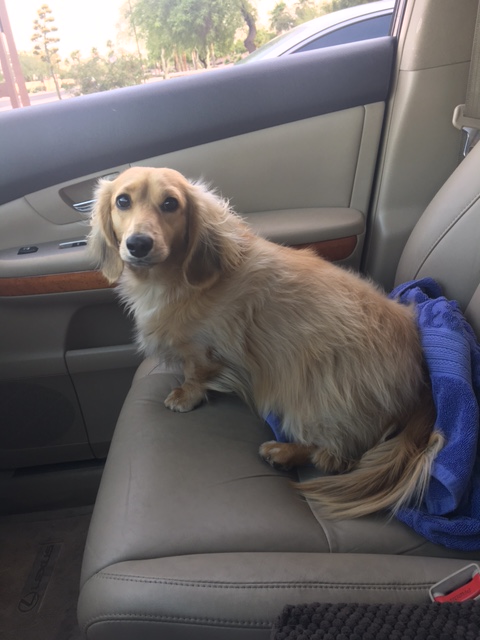 That’s how I am usually forced to sit in the front seat while Pops drives me around. But Dad says we’ve got a 1,500 mile trek to make in 2.5 days next week, so he says we need comfort.

Here’s his version of comfort … not too shabby, #amirite? 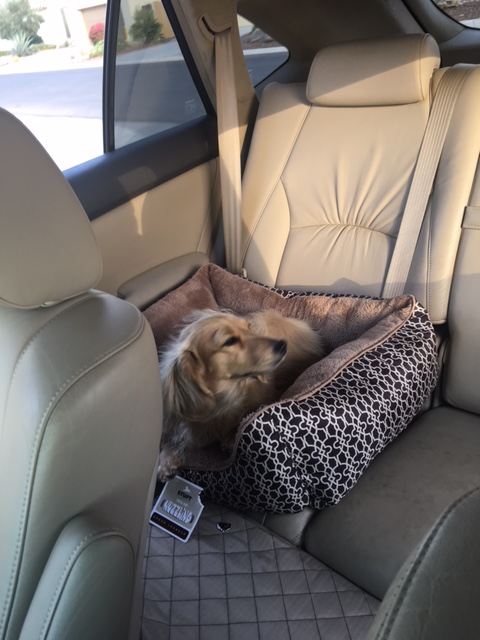 So even though it was 103 degrees at 6:00pm, Dad said we had to test-drive the $17 Wal-Mart everyday low-priced backseat bed. Fine with me! Dad drove about five miles until he found me some grass. Then we started walking. The best part? Clouds! 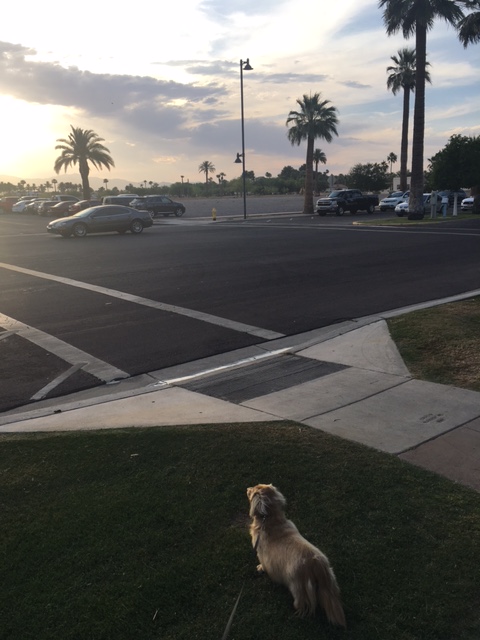 Down the street, I could hear the Sugar Hill Gang playing on powerful 12,493 watt speakers. I told Dad to head in that direction. 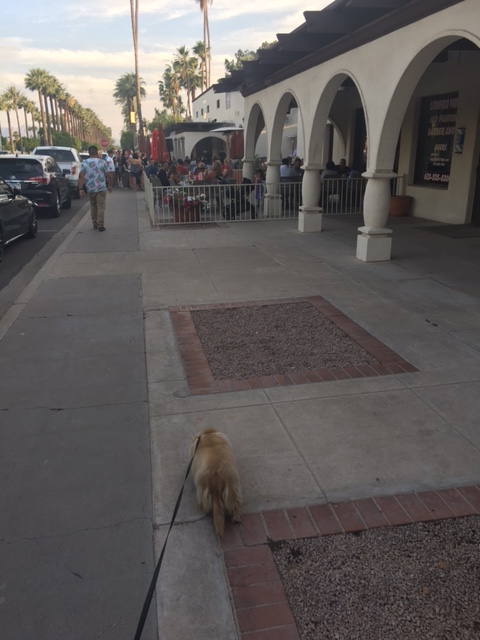 As we approached the Tex-Mex restaurant, I heard Dad say “Mister”.

I just looked at him and said, “Don’t be so formal. Call me Dash“.

Dad just pointed to the sky and said, “No, there’s a mister over the tables.”

Is there any better way to eat nacho chips than outside on a 103 degree evening with a light spray of water saturating the patrons?

I don’t think so.

On our way back to the car, we saw this … 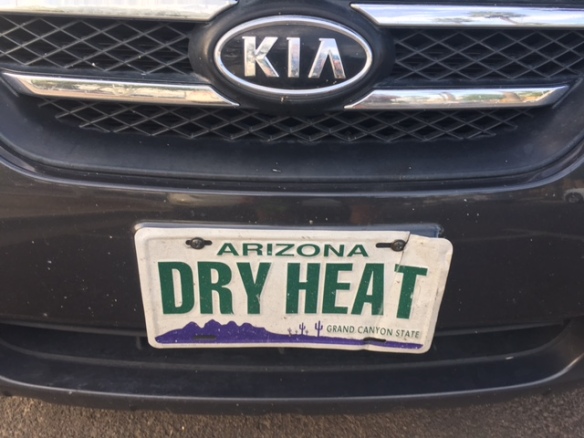 Which made me think of this, from late this afternoon. 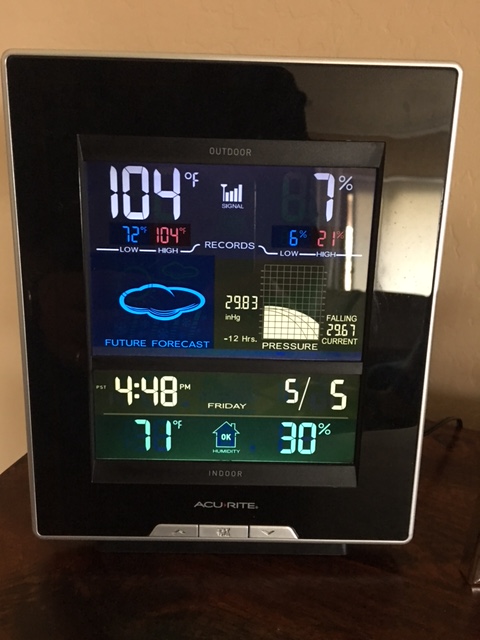 7% humidity … is that even possible?