I thought our day started off on a relaxing note … not realizing that the energy would amp-up by late evening. 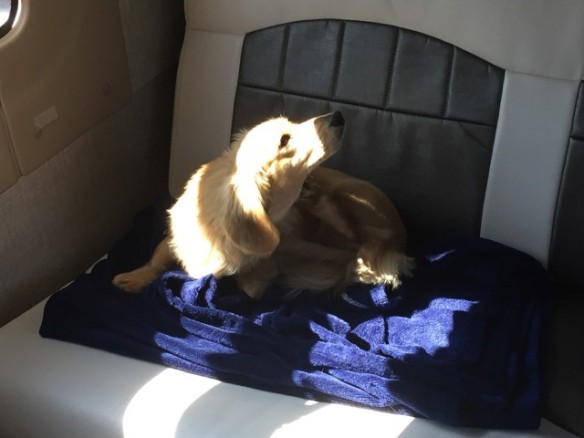 But then Mom & Dad spent two hours at Wal-Mart, followed by fifteen minutes at a German Butcher featuring an impressive selection of assorted meats. 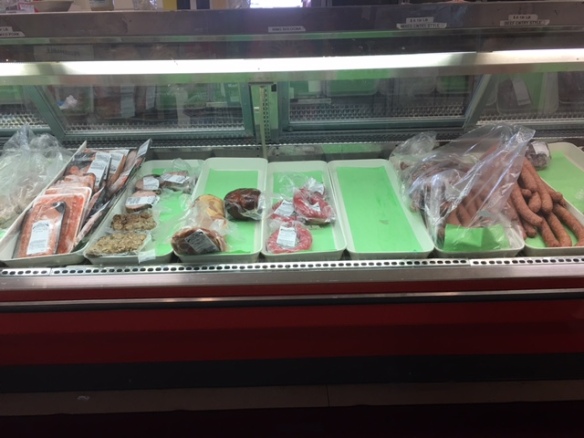 And then … it was more of this:

There may not be many jobs in Montana or North Dakota, but there’s plenty of room for ya if you need the space.

We stopped at a rest area – whew! 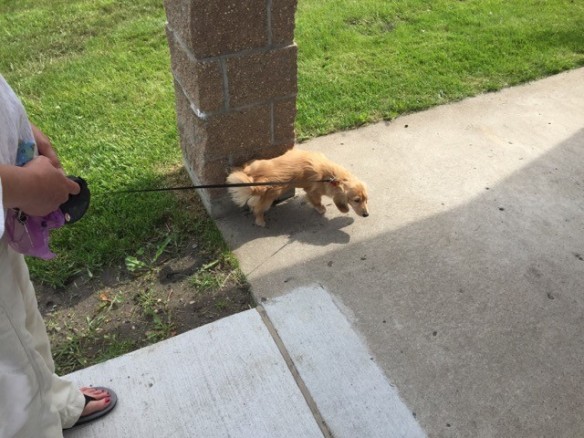 Then, we blew past a few wind farms on our way to Fargo.

When we arrived in Fargo, we did the first thing any reasonable person would do. . We stopped at the Visitor’s Center, where a shrine to the movie Fargo enthralled us all.

First, there were the stars who paid homage to the film. 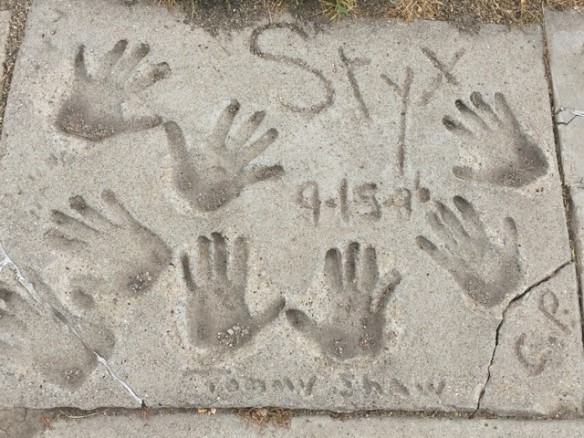 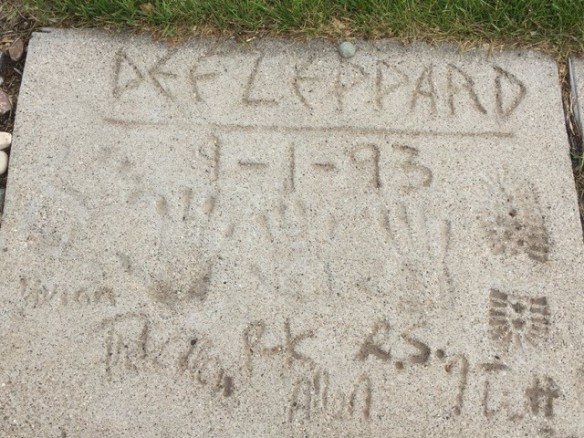 You prolly remember the movie, right? If not, here’s a few of the deets:

Now, about that wood chipper. They have the actual one from the movie in the Visitor’s Center. But we arrived  at 6:30pm, and the center closed at 6:00pm. So we had to partake in a replica wood chipper. That’s when things got weird!

I didn’t commit a crime!

I’m sorry I pee’d on the carpeting at that hotel in Montana, now LET ME OUT!

Once I navigated my way out of the evil device, I tried to show Dad just what should be shoved into a wood chipper. 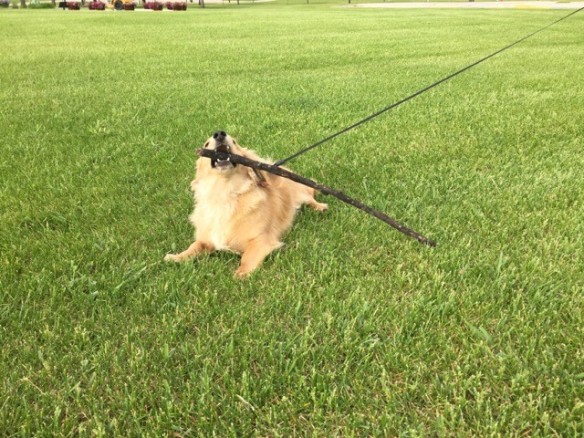 At this point, I was perfectly happy checking in to the Best Western in West Fargo, and without a functioning water pump for another week (Thanks Amazon Prime for setting the table for a replacement pump), that made sense to me. But Mom and Dad wanted to put more miles behind us.  So that’s what we did. We crossed the Red River, and entered Minnesota. Did you know, by the way, that the Red River drains into Canada? 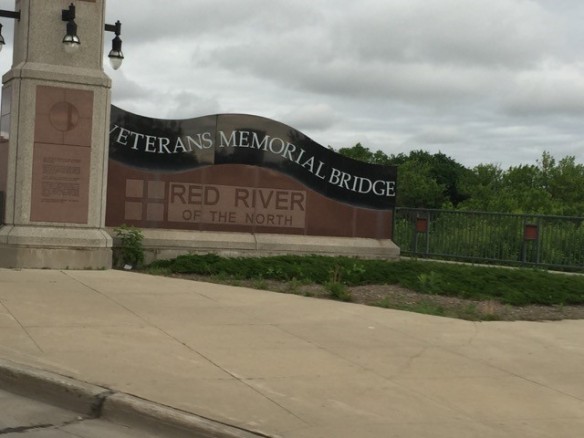 An hour later, with the sun setting and pouring rain pelting off of the rig, we arrived in Detroit Lakes. Our first campground choice (with an adjacent bar & restaurant … sounds good to me) didn’t work – nobody would take our call.

So we progressed to another area campground, about ten miles away. With the “low fuel” light adorning the dashboard, we coasted in to the registration line on fumes. It was 8:50pm. For some reason, the OPEN light was still on. Here’s how the conversation went.

Dad: Do you have any campsites available for one night?

Dad: It’s not your fault.

Male Proprietor: Hun, they only have a van.

Male Proprietor: They can handle it.

Dad: We need water (remember, no water pump) and electricity.

Male Proprietor: Will 15 amps do?

And that’s just what they did. They created a spot for us out of thin air. We shared a power post with the folks in site 7, and we got our own water spigot. What more do you need?

Our day ends, on fumes in many ways, camping in the rain in site 7A. Lady Proprietor came down in the dark to make sure everything was ok. You’ll never meet two nicer people. And for their kindness, they got to put $37.58 in their pocket. And we have water.