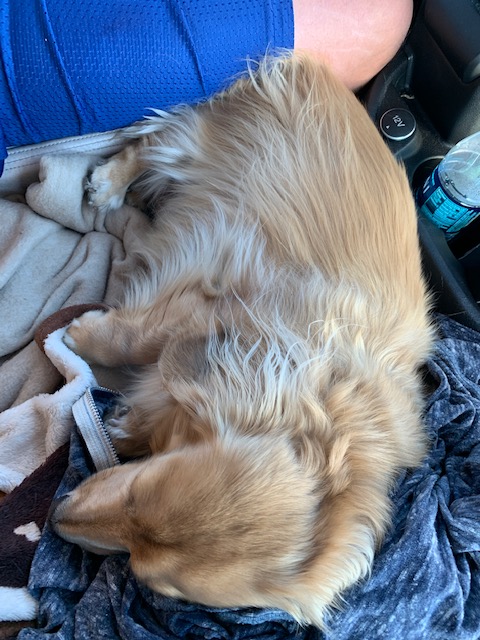 Have you ever been bored?

I have been bored.

In fact, I can clearly define for you what boredom is. Boredom is the state of having nearly six weeks of fun followed by several days of seemingly unending travel through the Intermountain West.

Now, what I’m about to say is not intended to be offensive to the Great residents of Idaho, Utah, Nevada, and Arizona. At all. I’m asking you to view the splendor and beauty of the Intermountain West from the perspective of a small dog trapped inside a bouncy tin can careening from north to south at sub-sonic speeds approaching eighty miles per hour.

Here’s how this works. They put mile markers along the road. Sometimes the miles count up, and that’s a highly unfortunate situation. Why? Because you have no idea how long you’re gonna be stuck on the highway. For instance, is this MILE 39 of 72, or is this MILE 39 of 472? There’s a difference, #amirite? 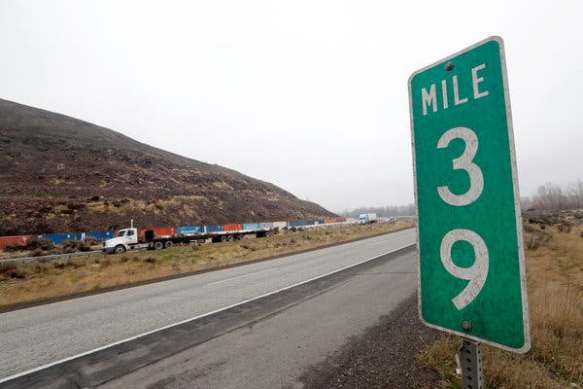 When you are traveling WEST to EAST, the mile markers count up. You wouldn’t think that I-84 in Oregon would just keep counting up and up and up until you hit 376 or whatever the final mile marker is. But you keep counting up. It takes forever. Then all of a sudden you enter a new state … a brief moment of sheer excitement!! 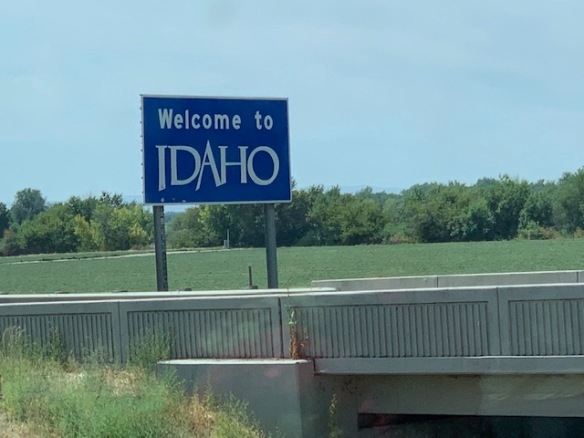 The excitement is short-lived, of course … because then you are back at MILE 1 and you have no idea how many miles you have to drive across Idaho (hint … the answer is 276 … and at 80mph that is only 3.5 hours … but nevertheless it’s a long haul). 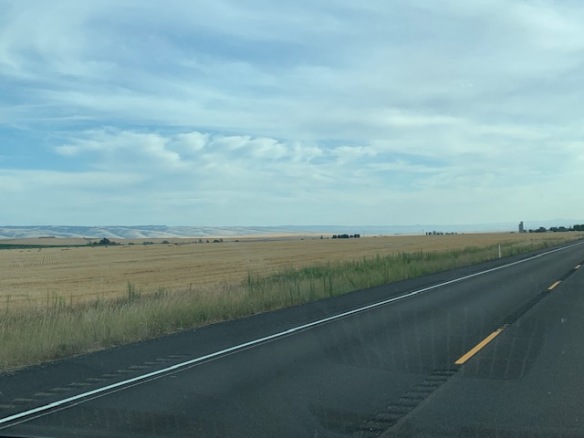 All of a sudden you are at mile marker 372 and you realize that you have 372 flippin’ miles to go before you get to the southern border of Utah. 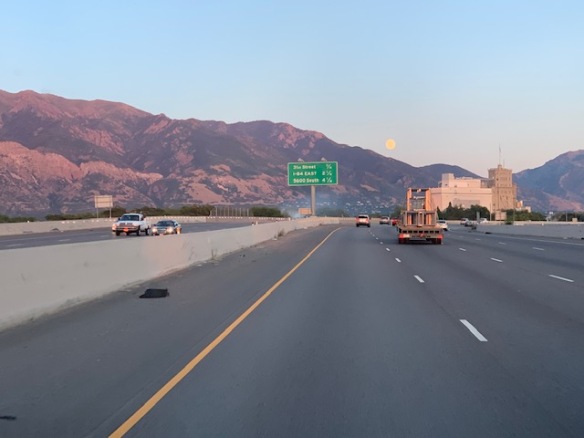 Dad decided to eat at a God-awful Wendy’s restaurant north of Salt Lake City. Why was it God-awful? Two reasons. First, don’t ever order a salad at Wendy’s. Ever. Especially after eating a Seafood Louie at a reputable establishment just 48 hours earlier. If you like the taste of avocado that appeared blacker than the color the iceberg lettuce turned, then by all means, partake in a five-hundred-calorie menu item that retails for about six dollars.

Second, the parking lot was riddled with myriad drug deals. Turns out there might be a meth problem in this country. Who knew?

So we bolted from the Wendy’s north of Salt Lake City and traversed to mile marker 261, where we stayed the night at a KOA.

The next morning brought more suffering. When you begin at mile marker 261, you have 261 miles to go to get to the southern border of Utah. Do the math … if you average 75 miles per hour it means you are going to sit motionless in the RV for just under four hours. Which I exactly what I did.

You can only sleep for so many hours before you lose your mind. Mindful of my deteriorating condition, Mom and Dad let my evacuate my bladder on a small patch of grass outside of 102 degree St. George. 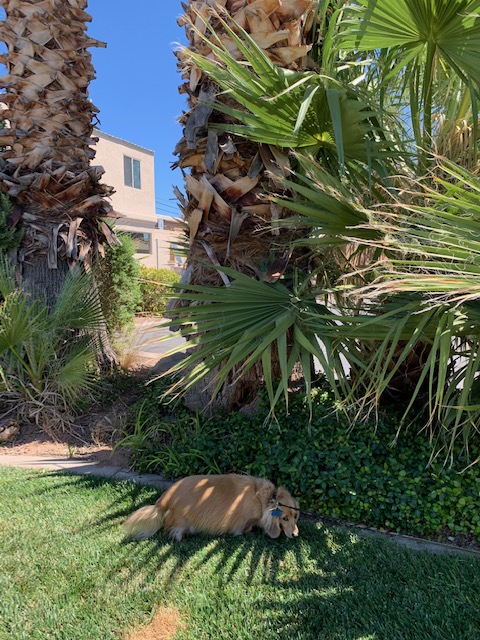 Yeah, I look really thrilled about that. 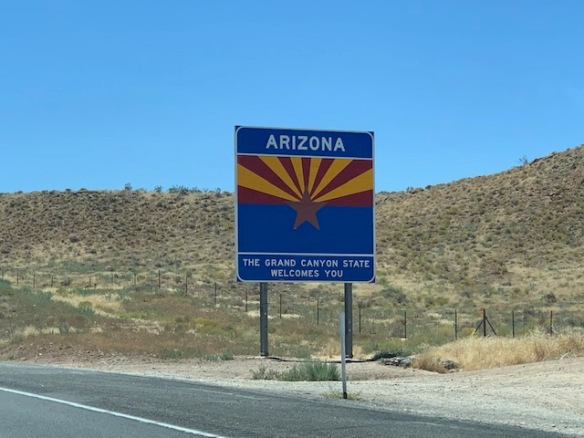 One problem. Mom tells me that Mile Marker 29 means we’re going to spend 29 miles in Arizona and then we go into Nevada where we have to drive for several hours before we get to … wait for it … wait for it … Arizona.

Worse, it looks like somebody stacked the mountains in Arizona incorrectly. Look at the angles the sediment sits at. Morons. 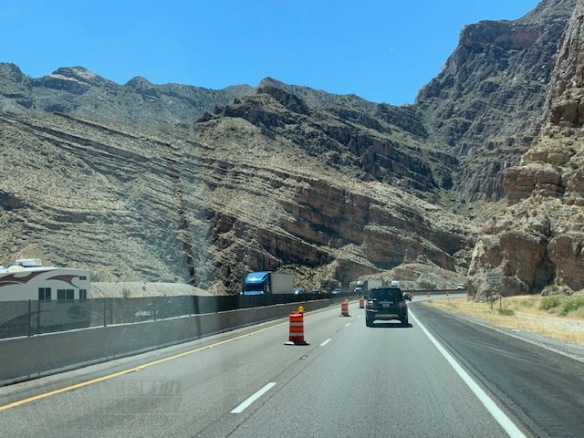 A half-hour later we’re in Nevada. 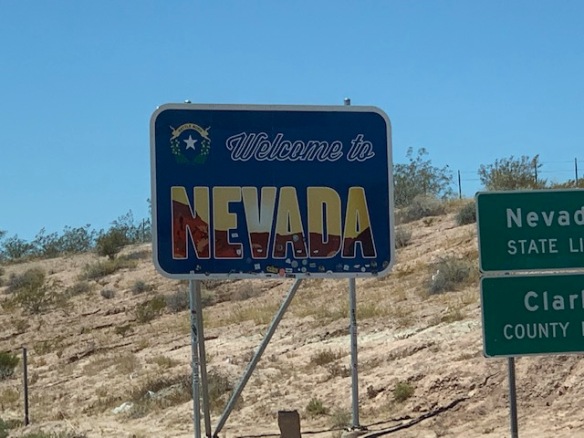 Once again we’re counting the miles down from the mid-one-hundred range down to about mile 41 in Las Vegas. 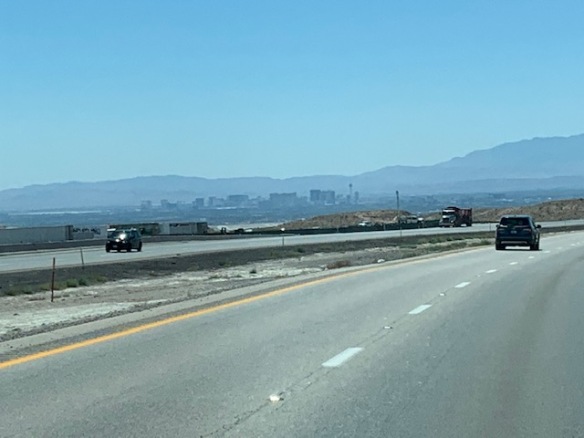 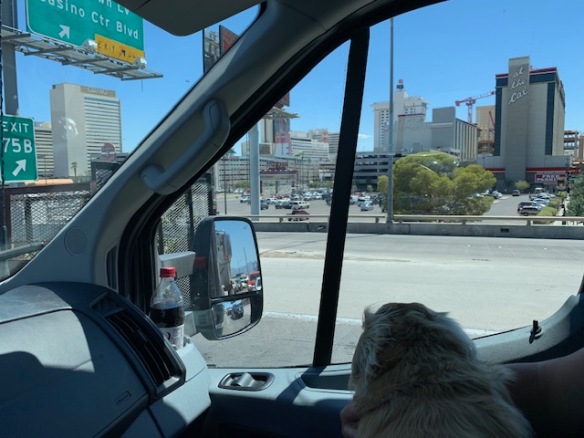 Seriously, who names these highways?

We thundered past the Hoover Dam area along the Colorado River. 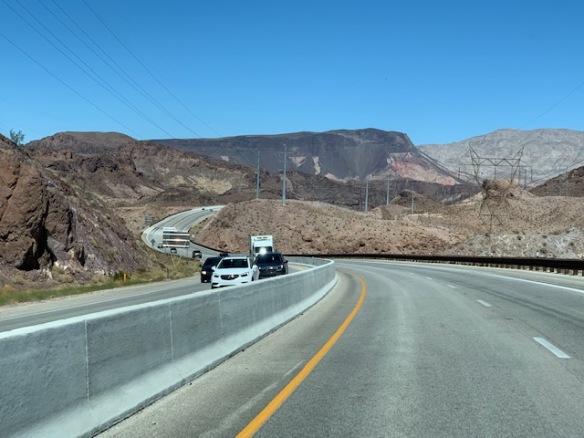 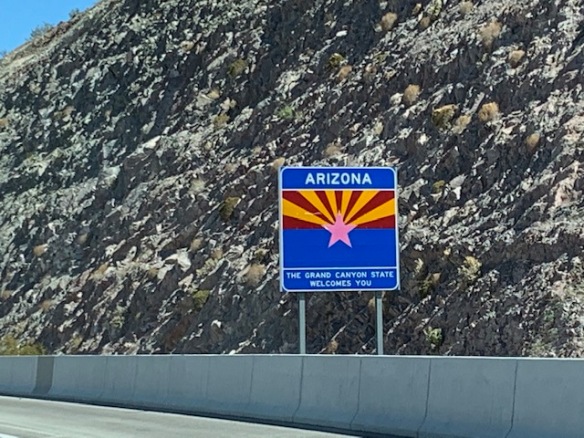 Miles begin counting up. We’re trying to get to Kingman now, and Kingman is at Mile Marker 71. Another hour. Yeeesh.

When we finally arrive in Kingman, we fill up with diesel for the final time. Dad starts the RV up, and guess what? 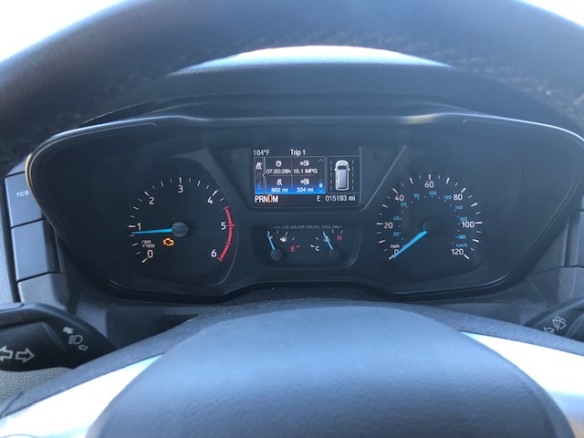 Yup, it’s 104 degrees out and we peg ourselves a Check Engine Light. Mom reviews the manual and sees that a check engine light is only for emissions problems. Dad says “we don’t care about emissions problems, we’re heading home.”

I admire his judgment.

The miles are still counting up, and I learn that we’ve got 100 miles before we re-enter civilization at Wickenburg. Are you kidding me?

So I begin to revolt … sitting on Mom’s lap … licking my feet (which is my way of saying ENOUGH already). Mile 94 becomes Mile 95 becomes Mile 96 becomes insufferable and unending as we thunder toward Mile 199 (Wickenburg).

But we eventually get to Wickenburg, and now we’ve only got 45 minutes of feet licking and general discontentment to go.

In case you are wondering, yes, we eventually made it home. A thousand miles of raw, unadulterated boredom finally came to an end on a 113 degree afternoon west of Phoenix.

When Dad took the RV to the storage lot the following day, temperatures climbed considerably. 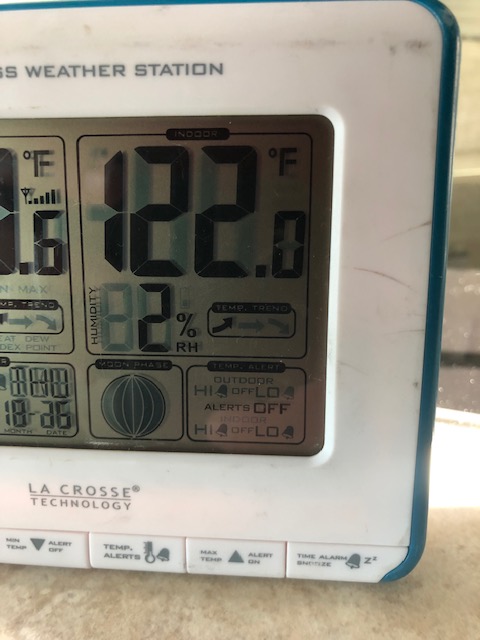 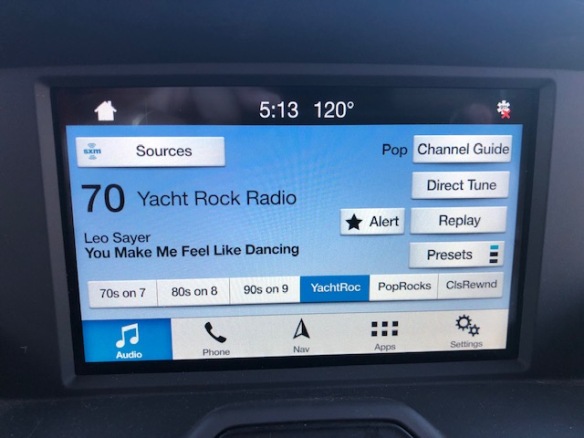 Mom & Dad spent the next several hours putting the house back together.

Heck, I’m old enough to remember when you turned the TV on and it just worked … now you get a nasty blue screen and the experts tell you that you own a “Smart TV” … really? Really?

Last night I was on the bed, and I asked Dad if I could jump under the covers? He obliged. Maybe I was bored out of my gourd for a thousand miles, but it turns out that the payoff for all of that boredom was worth it … I’ve been rewarded with significant cuddle time in a house that is not moving or bouncing. RV trips are a lot of fun when you are seeing old friends and scenic vistas. RV trips are less fun when you are thundering down the highway at 80mph.

We’re home. What a blast our time in the West was!!!! Now we prepare for falling temperatures and unending crunchables!!!