That’s the blank look of a pup who lost 1.4 pounds in the past six weeks. For those of you keeping score at home, that’s like a human losing 10-15 pounds. And with an obesity epidemic running wild across America, I’m on the right side of the battle, #amirite?

My body isn’t the only thing that is in transition.

Days are in the low 80s now, and that means I get to take long walks without the threat of heat stroke. Sometimes you run into odd situations. For instance, Dad and I were walking past a house and I pottied on or next to the post supporting the mailbox. Nine seconds later the garage door opens and the homeowner comes out and washes the area where I went to the bathroom. 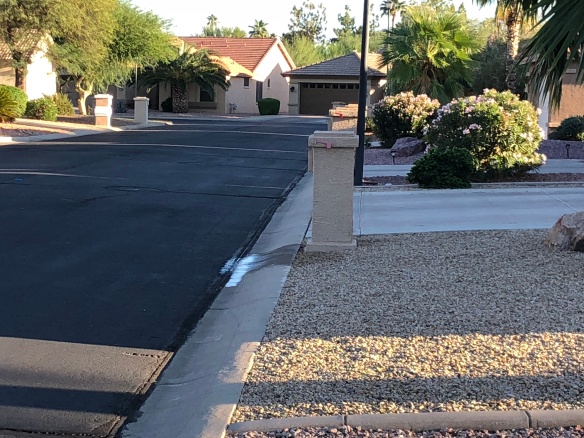 I looked at Dad and said “Is that normal?” And Dad said “yes, it’s normal for you to have to go to the bathroom.”

Dad inferred that we won’t be walking past Mr. Wilson’s home anytime in the near future.

With the season in full change, the coyotes have taken over the streets. 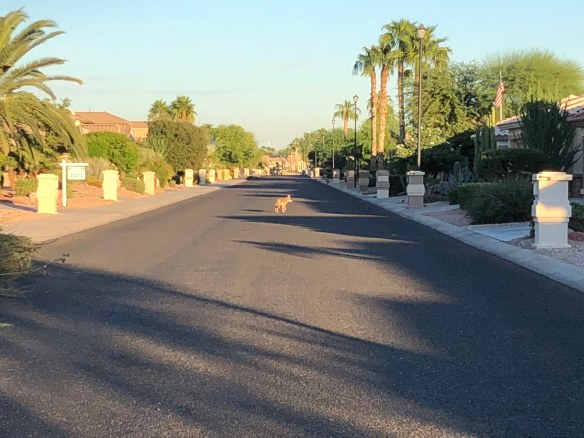 I said, “Dad, is that normal?” … and Dad said “As long as they don’t go potty on or near the mailboxes yes, it’s normal.”

Frank visited last weekend. For once, there were two dogs begging for food in our home. 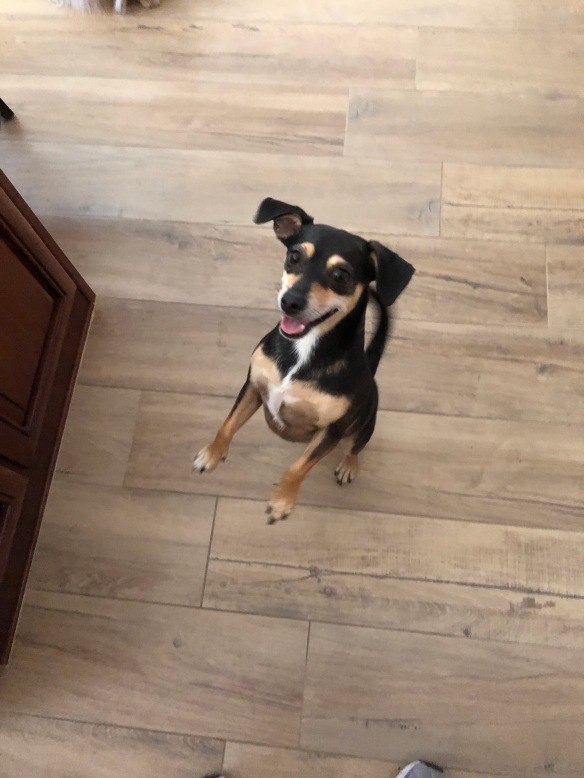 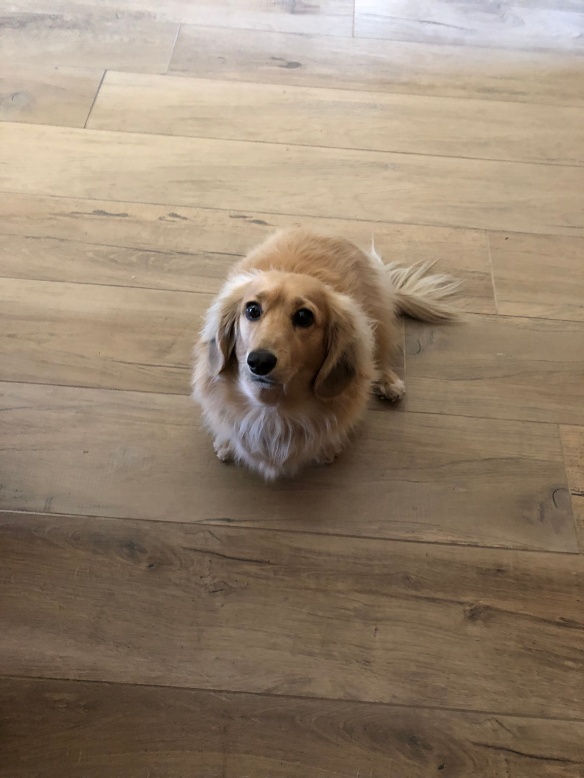 Did Frank boot me off of the couch? Absolutely.

But that’s ok, because when Frank was sleeping in the Casita, I was sad. I longed for his company. 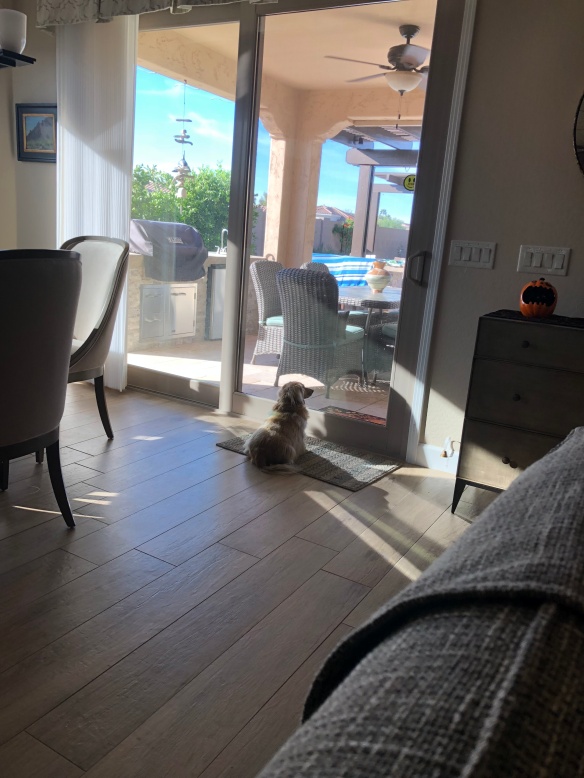 We’ve got a big weekend coming up … our house is on a Home Tour … apparently people want to see what a year-and-a-half of a comprehensive remodel looks like. It’s been a period of transition for everybody, human, canine, home. I’m looking forward to winter!!