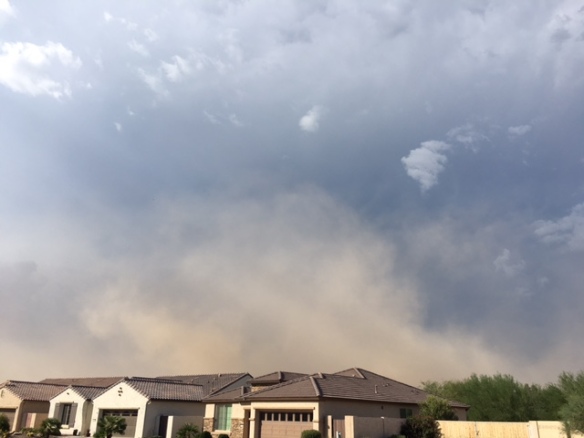 One of the FOX experts states that “it looks like Nuclear Winter is coming” … now let’s be honest, how many of us have sat on the sidelines and watched as a gentle Nuclear Winter blows in? 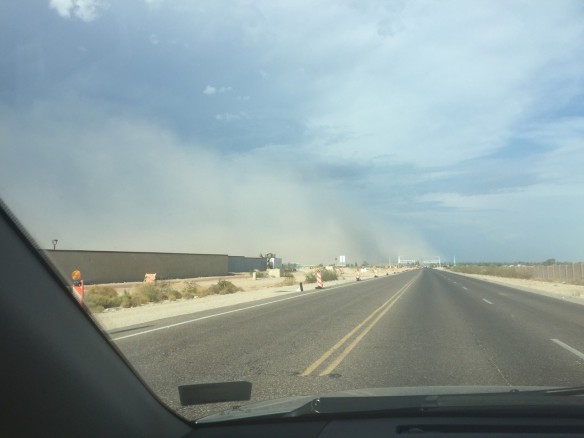 Now the race is on … will Mom make it home safely? I crossed my toes (#itsasomewhatuncomfortablefeeling) and hoped for the best. 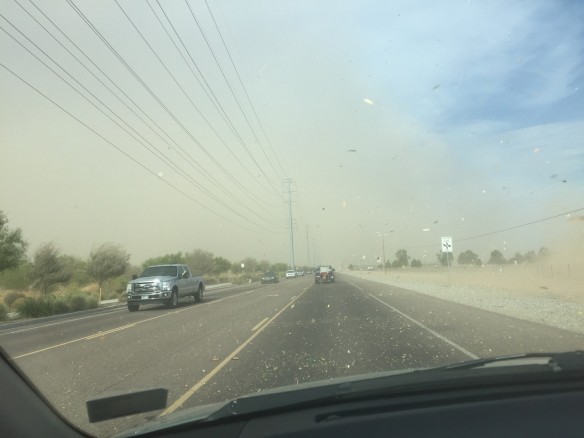 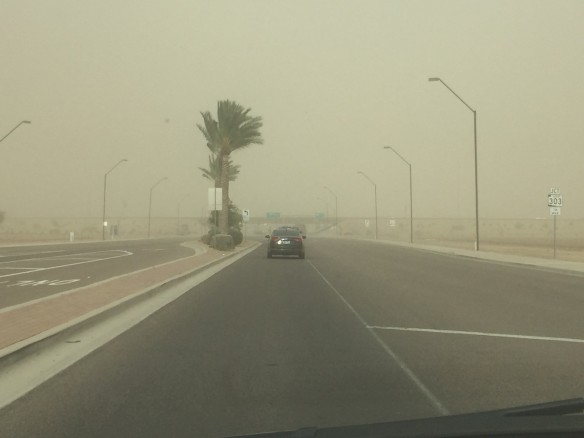 I could sense that Mom was getting close to being in the hood. Hopefully the dust didn’t get under the hood!

That’s tumbleweed blowing by, in case you were wondering!

I could hear Mom coming home through the through blow of the haboob. 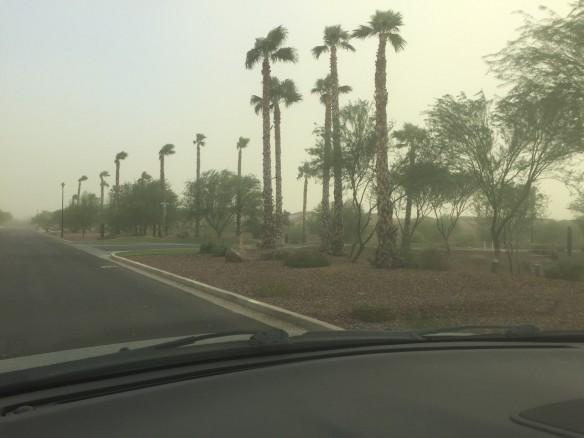 She turned the corner and headed for the driveway. 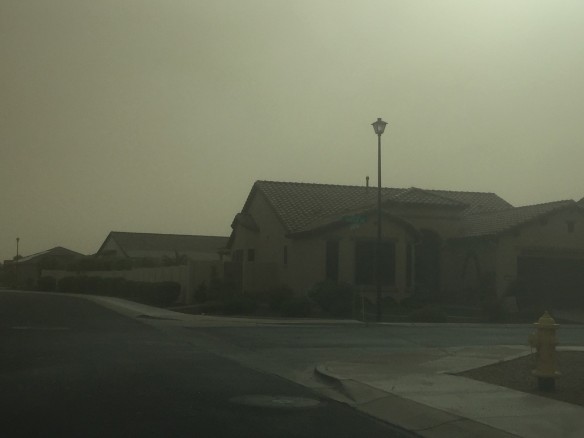 Still, I didn’t trust that Mom would make it on her own. I told Dad, “Why not videotape her return, to prove that she makes it safely?” So he did just that … and Mom arrived as the storm peaked (visit the website to see it if the video doesn’t show up via email).

We watched as the storm matured … 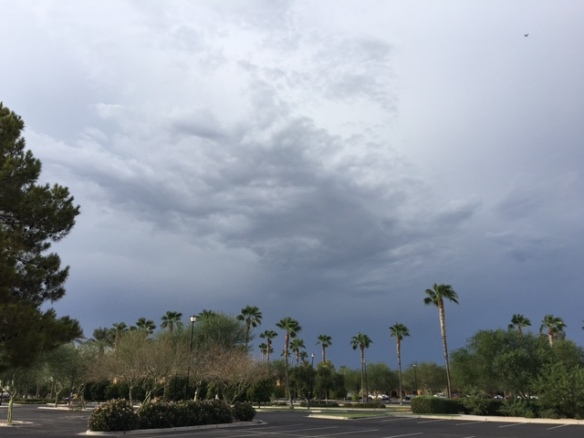 … and then died as the sun set.